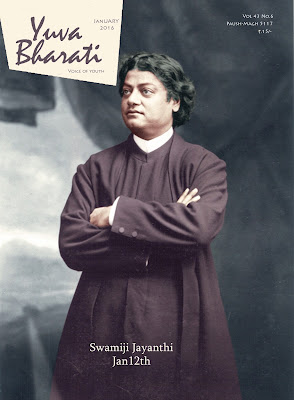 Human brain has evolved in such a manner that when it is in stress, it yearns for social support and is soothed when it receives help. The natural extension of this evolution is that, it responds with compassion when it hears a cry for help.  Therefore, when Chennai was flooded with water, it was flooded with help too. The response was as organic as the calamity itself.

The very basis of human civilization is built on this twin platform of ‘need’ and ‘response-to-the-need’. Our elders named this beautiful system as Dharma and the process of giving as Dana. A little child only keeps receiving all the time, be it food, material, care or love. As the child grows and become mature, she takes the role of the giver. In a Dharmic society the giver outnumbers the receiver. Those performing the act of Dana, in such a Dharmic society, consider the needy to be a child who needs to be taken care of. One cannot rest seeing the other suffer.  An effortless practice of this compassion transforms to something higher than that in spiritual life. For instance, a 70 year old renowned Tamil musician, Ilayaraja, who has scored recently for his 1000th film; while being involved in relief operations, said, “We are in no position to help anyone. All we can do is help ourselves. How can one hand give to the other? When I help others, I feel I’m only helping myself”. This ‘giving’ is beyond ‘Dana’. This ‘consciousness’ is beyond ‘compassion’. It is ‘Samvedana’; experiencing the suffering of others as one’s own.

Any rational person with a social life, would vouch, that, for the feeling of compassion to occur in oneself, there is no need to be religious or to adhere to a set of doctrines. For that matter, it is not even necessary to be a theist, furthermore a believer of a particular God.

But for some reason, in our country, we have this unique habit of binding all human actions with religion. Trying to explore the reason why we do so, the answer may not be very difficult to arrive at. Swami Vivekananda points out that each Nation has got a personality much like each individual. He says every nation has a principal note around which every other note comes to form the harmony. In a lecture, he says, “In one Nation, political power is its vitality as in England, artistic life in another, and so on. In India, religious life forms the centre, the keynote of the whole music of National life; and if any Nation attempts to throw of its National vitality, the direction which has become its own through the transmission of centuries – that Nation dies if it succeeds in the attempt”.

Only time can answer whether Indians in the pre and post Independence times internalised this idea or not. But those who enslaved us must have seriously reconciled with the grand idea. “Reconciled”, is a purposefully thought out word here. Out of recognition and reconciliation of an enemy’s strength will arise a strategy to defeat the very same strength. Knowing very well, that the people of India, knowingly or unknowingly, marry all human actions with religion; the opposite camp made use of the trait to their advantage. They took our education in their hands. They set the tone for our religious discourse. The thus enslaved Indian mind fell in the trap. The result was quite amazing. Our own intelligentsia continued doing the same marriage, but with a little social-tailoring. The slavish Indian mentality would feel no good about any good deeds of the society while it would attribute all negative actions to our religions. Therefore, superstitions, caste and untouchability became part of our religion, so much so, that these words started defining any discourse on Hinduism.

A 21st century free thinking Indian might be tempted here that this logic must have been applied to other societies as well, namely the Christian and Islamic. But the free thinking Indian mind would be intelligent enough to quickly come to terms, that too much cannot be expected from the enslaved Indian. The logical ends followed. The same slavish mentality would blatantly ignore any of their negative deeds while it would attribute all positive actions to their religions. Therefore, service and compassion became the exclusive characteristics of Christian missionaries. To cut a long story short, it took more than 50 long years for cinema in independent India, to depict that a non-Christian could ever run an orphanage. The startling statistics on the service activities of Hindu organisations that come to light year after year from the Hindu Spiritual and Service Fair organised in Chennai, is a proof of what was kept hidden in public discourses for so many years.
At this juncture, let it be made clear for the fear of reading it completely wrong. The dominant idea of this article is not to prove or disprove who serves and who doesn’t. No, not even to make a case for Hindus, who have been serving the needy even though it hasn’t been featured in popular public discourse. The case is for, and only for, pointing out a sick mentality prevailing in our country, particularly in Hindus and sometimes in others, about their inconsistency in attributing human actions to religion. During the time of Chennai floods, all around the mainstream and social media, photographs of Muslim brothers involved in relief operations spread faster than relief material. The very same set of people who would otherwise delink religion from terror (even though the perpetrators would swear on their religion for their actions), were hell-bent on praising overboard a section of volunteers reaching out for flood relief work. By evolution of Human nature, kindness and compassion, aren't they expected to be kind too? Weren’t they supposed to behave the way others did at the time of crisis, or for that matter the way they themselves did. Or were over-enthusiastic certifiers eager to grab the opportunity to attribute these humane actions to their religion? Let them decide for themselves once and for ever, if they were to attribute human behaviour to religion, they better do it for every other person too. And when they decide to marry the goodness with one's religion, they better do it for every other action too.

This is not an age when the tone for public discourse used to be set by mainstream media with vested interests. The social media encourages open debate and exposes double standards quicker than ever. Let us hear from the terrorist and not the enslaved Indian if it was his hatred towards humanity or religion that motivated his action. Let us hear it from the people rendering service and not the enslaved Indian if it was his religion or the underlying humanity that motivates him to serve. The free thinking modern Indian, would no doubt, do well enough to replace modern Indian discourse with original thinking devoid of enslavement and entrapment. Opportunities are ripe and this is the time to press the pedal.