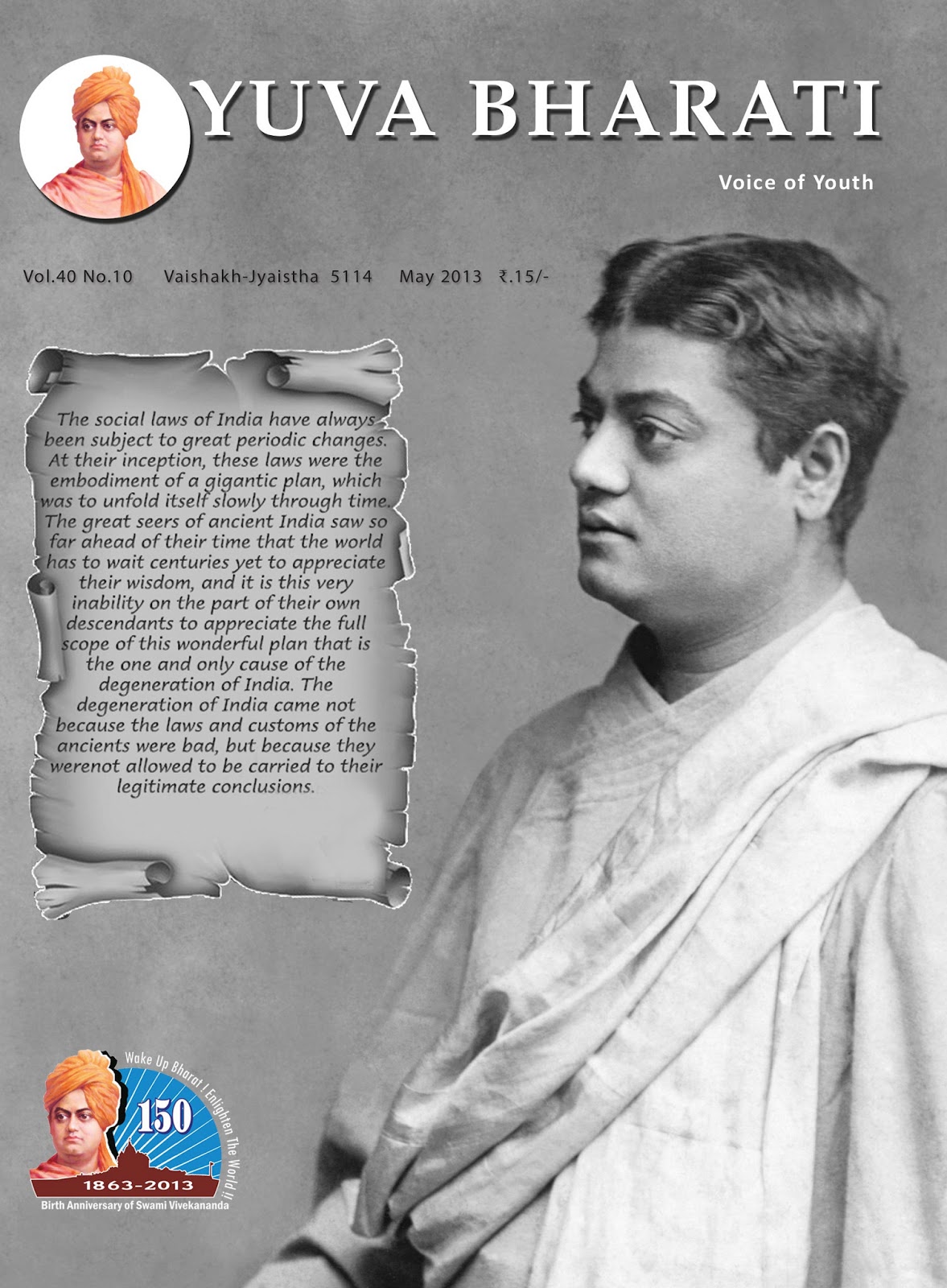 One of the defining characters of the Indologists with western roots is treating Vedic culture as chiefly
ritualistic. They ascribe anything ethical to non-Vedic Indic religions like Buddhism and Jainism. A classical instance of this mindset is manifested in the reasoning that the ethical treatise Thirukural should have Jain origin because it speaks about abstaining from meat, abhors consumption of alcohol and emphasizes in general a moralistic life. Many of the history textbooks also inculcate these prejudices in the minds of the children. For example the sixth standard social science book published by Tamil Nadu textbook society talks about the teachings of Buddha and that of Mahavira. The textbook rightly eulogizes the emphasis these two great Indian religions placed on Ahimsa and ethical living. But they are deafeningly silent about the teachings of Vedas and Upanishads.

In fact Upanishads were the first books in human history to provide a rational and holistic basis for the most important ethical tenet of universal humanism – the so-called golden rule: doing unto others what we want others to do unto us. Instead of simply attributing the reason why you should love your neighbor as yourself to the command of a fictional God, Upanishads provide a clear reason why you should do that. Asking people not to covet because of the commandment of God and fear of punishment in afterlife was easy.  That is what most religious systems do. But instead of the fear of eternal hell and a punishing God, Vedanta of the Upanishads declared that all existence as being permeated by Divinity and hence the individual greed to covet and consume is a meaningless exercise. Upanishads also provide the psycho-spiritual basis for loving all existence. Isavasya Upanishad for instance, speaks of how the wise who experience all beings in the Self and the Self in all beings, can not hate anyone, precisely because of that realization ergo to obtain the realization one should cease hurting others as the others are one's own self.

At his lecture 'The spirit and influence of Vedanta' delivered at the 'Twentieth Century Club' in Boston on March 28, 1896, Swami Vivekananda expalined the ethical implications of the Upanishadic conception of the Self as all:
'Behind everything the same divinity is existing and out of this comes the basis of morality. Do not injure another. Love everyone as your own self, because the whole universe is one. In injuring another, I am injuring myself; in loving another, I am loving myself.'
In the same lecture Swami further elaborated:
There are moments when every man feels that he is one with the universe, and he rushes forth to express it, whether he knows it or not. This expression of oneness is what we call love and sympathy, and it is the basis of all our ethics and morality. This is summed up in the Vedantic philosophy by the celebrated aphorism, Tat Tvam Asi (Thou art That).
This ethical and social impact of the Brahman being the essence of every human being and all humanity as part of the same Brahman did not escape the notice of Baba Saheb Ambedkar, who found in it the spiritual basis for social democracy.  He calls the concept of Brahman as 'Brahmaism'. (He had borrowed the term from the work 'The Great Epic of India: Character and Origin of the Mahabharata' by Edward Washburn Hopkins.) Rejecting the criticism of Christian theologians that the Mahavakya 'Aham Brahmasmi' being arrogant and impudent, Dr.Ambedkar puts forth a staunch defence of the Mahavakya:
Democracy demands that each individual shall have every opportunity for realizing his/her worth. It also requires that each individual shall know that he is as good as everybody else. Those who sneer at Aham Brahmasmi (I am Brahma) as an impudent utterance forget the other part of the Mahavakya namely Tat tvam asi (Thou art also Brahma). If Aham Brahmasmi has stood alone without the conjunct of Tatvamasi it may have been possible to sneer at it. But with the conjunct of Tat tvam asi the charge of selfish arrogance cannot stand against Brahmaism.
Baba Saheb Ambedkar also demonstrates how the Advaitic Brahman-based spirituality forms the best basis and bed-rock of a democratic way of life. He contrasts it positivekt against a belief-based Abrahamic concept of religion:
To support Democracy because we are all children of God is a very weak foundation for Democracy to rest on. That is why Democracy is so shaky wherever it was made to rest on such a foundation. But to recognize and realize that you and I are parts of the same cosmic principle leaves room for no other theory of associated life except democracy. It does not merely preach Democracy. It makes democracy an obligation of one and all. Western students of Democracy have spread the belief that Democracy has stemmed either from Christianity or from Plato and that there is no other source of inspiration for democracy. If they had known that India too had developed the doctrine of Brahmaism which furnishes a better foundation for Democracy they would not have been so dogmatic. India too must be admitted to have a contribution towards a theoretical foundation for Democracy.
If Dr.Ambedkar found in Tat Tvam Asi the spiritual basis for democracy, brain researchers have discovered that there is a neuronal basis to ethics, which again echoes at the neuro-biological level the fundamental oneness of Self and all existence as proclaimed by the Upanishads. In 1995 brain-researcher Iaccomo Rizzolati of the University of Parma discovered what are today popularly known as 'mirror neurons' or 'empathy neurons'. Neuro-biologist Dr.V.S.Ramachandran explains:
Researchers at UCLA found that cells in the human anterior cingulate, which normally fire when you poke the patient with a needle ("pain neurons"), will also fire when the patient watches another patient being poked. The mirror neurons, it would seem, dissolve the barrier between self and others. I call them "empathy neurons" or "Dalai Lama neurons". … Dissolving the "self vs. other" barrier is the basis of many ethical systems, especially eastern philosophical and mystical traditions.
One of the most eminent brain researchers of the world today, Dr.Ramachandran further explains:
The question of whether "you" would continue in multiple parallel brain vats raises issues that come perilously close to the theological notion of souls, but I see no simple way out of the conundrum. Perhaps we need to remain open to the Upanishadic doctrine that the ordinary rules of numerosity and arithmetic, of  "one vs. many", or indeed of two-valued, binary yes/no logic, simply doesn't apply to minds — the very notion of a separate "you " or "I" is an illusion, like the passage of time itself. We are all merely many reflections in a hall of mirrors of a single cosmic reality (Brahman or "paramatman").
In other words, 'Tat Tvam Asi' the formula arrived at by the seers of the Upanishads at least three thousand years ago still continues to inspire social reformers, still gets validated by cutting edge research in science and still gets ignored by those who construct the discourse of history and polity in India. In this 150th year of Swami Vivekananda's birth, it is our duty to make sure that Vedantic basis for universal human values is projected and given the due importance it deserves in every aspect of Indian life– not merely in words but also through our deeds.