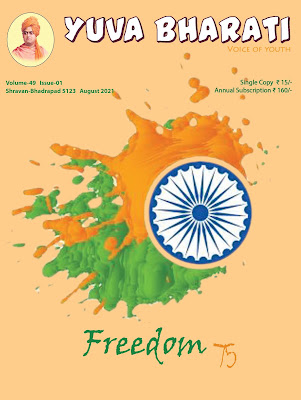 In our public life today, we find that any group that feels aggrieved and wants the government to remove the cause of its grievances, resorts to destruction of public property as well as violence to public life by attempting to paralyse it. The idea, that more such disruption and destruction is wrought in support of an agitation, the more will be its efficacy to achieve the desired ends has now become a dictum and a formula for agitators of all categories.

Curiously enough, the above formula has never failed the agita­tors, so far, during the last over twenty five years of our independence. In recent history, the willful destruction of public property to ventilate one’s demands and to pressurise the government into yielding to them, was resorted to by our people, perhaps for the first time, during the Quit India Movement of 1942. But as the country was then under foreign rule, that measure could be justified by treating it as only a variant of what has been known as the ‘scorched earth’ policy of destroying one’s own national wealth, such as standing crops, bridges, water-reservoirs and other means of sustenance and supply to deny their use to the invading enemy forces. But its use as a political weapon by various groups of people, to coerce one’s own govern­ment, as is widely prevalent in India today, is totally un-understandable and extremely unfortunate.

How to account for this suicidal technique presently adopted by all political parties as well as other organised groups such as trade unions and student’s fronts in the country ? The following may be the only two valid reasons. Firstly, many people seem to be unaware of the amount of national wealth we are losing by every such orgy of violence and disruption and of the total damage caused to us on account of the destruction of our assets and resources as well as of the dissipation of human energy and time leading to inevitable loss of production, during-the last twenty five years. It will be worthwhile for someone to calculate and work out statistical figures of the total loss suffered by the country over the years and present them to our people. This knowledge may perhaps open their eyes and may, eventually, dissuade them from indulging in these orgies. Had our people not taken to this path of self-liquidation, the resources saved thereby might well have been more than enough to connect every village in the country with an all-weather road, provide every dry field with irrigation water, furnish every needy place with electric power and, perhaps as a result of all this, give every hand some fruitful work to do.

The other reason for this state of affairs is that the spirit of patrio­tism and the sense of national consciousness that were present in the people during our freedom struggle against British rule have, since the advent of freedom, undergone heavy corrosion, contrary to the natural expectation that these higher sentiments would get more and more intensified. In this, the worst affected is the educated class which provides leadership to a
ctivities in all spheres of national life. No one can concede that even the educated are ignorant of the heavy price the country has been paying on account of the destruction of public property and the breakdown of public life that accompany all violent agitations in which many of them not only merrily indulge but are also seen to be in the forefront. The only conclusion one can draw from this is that the national good has now ceased to be of the highest value in the minds of at least those among the educated who follow that course. What we witness today in our country is, indeed, the most unfortunate spectacle. On the one hand, the vision of Mother India that remained enthroned in the hearts of her children till recently as their supreme object of devotion is being slowly lost sight of by them. On the other hand, a tendency to regard their own respective group-interests, either regional, linguistic, economic or political as the be-all and end-all of life has been fast growing. In short, the place of higher values is being usurped by unworthy ones.

Some may argue that neither of the explanations given above is correct. They may say that there is no justification for doubting the patriotism of persons simply because they take to violence resulting in the destruction of their own national wealth and that we need not form so poor an opinion also about the illiterate sections of our countrymen that they are unaware of the colossal loss that is being suffered by our country on that account. Their own explanation may be simply this, that the people are compelled to take to these methods only out of righteous indignation and after having exhausted all peaceful means of getting justice and fair play from the government.

The above explanation amounts to accepting the view that patriotic behaviour is only a conditional obligation and can be waived if those conditions are not fulfilled. In other words, it may mean that people are expected to be patriotic, i.e. devoted to their country and to work for its welfare, only if the government of the day gives good and just administration and that the citizens are duty-bound to act patrioti­cally only to the extent that the above mentioned condition-precedent is fulfilled by the government. But, is this the proper view? According to our traditional way of thinking, to be patriotic is an ABSOLUTE DUTY on the part of every national. It has no corresponding rights whatsoever, as any of the ‘relative duties’ may have. To act patrioti­cally, i.e. to act in the interest of one’s nation and to refrain from any act that may be detrimental to it, is a CATEGORICAL IMPERATIVE. If the people are dissatisfied with the performance of their government, they have every right to oust that government, lock, stock and barrel. In fact, patriotism demands of them that they remove from power a bad or a wicked government. But, more than that, it demands that the means employed by the people for such an overthrow of one’s own government, do not cripple the country and defeat the very purpose they propose to serve.