Ram Mandir, a connect to the past and future. 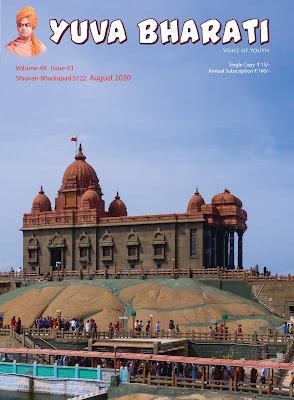 The Bhumi pujan of Sri Ram Mandir at Ayodhya is going to mark a very significant happening in the history of mankind. Nowhere in the world and no other civilization has managed to win back a lost monument. The history is replete with instances of vanquished civilizations and ruins of yesteryear cultures. This will be the first time where a civilization has sprung up with one of its veritable treasure, a temple to its most venerated Gods.  The five century old tussle to win back the demolished temple and the century old legal battle for the ownership of that place came to an end with the Hon’ble Supreme Court ruling it in favor of Ram Mandir late last year.

The proposed Temple when completed will be one of the biggest of its kind. Infact it will be the third largest Hindu Temple in the world. The other two being the Angkor Wat temple complex in Cambodia spread in an area of 401 acres followed by Sri Ranganatha Swamy temple in Tiruchirapalli in Tamil Nadu. It is the second-largest temple spread over an area of 155 acre. It is certain to attract pilgrims from all over our country and tourists from all over the world. This new temple should also act as a symbol of revival of all the Pagan Cultures of the world. The Pagan cultures which were decimated by the proselytizing religions in the last millennium are craving for revival. The Abrahamic faiths have sunk the cultural distinctiveness, unique to each and every landscape, through their aggressive spread. This is what Mr Christopher Gerard, a Pagan revivalist from Belgium, has to say about their past which was ravaged by the aggressors. He believes that Europe has, in fact, already entered its "post-Christian" and "post-rationalist" phase. The church is becoming decreasingly important. Membership is dropping daily, the priesthood is declining, historical challenges are being made to the theology (such as those which resulted from the discovery of the Dead Sea Scrolls) and multiple scandals have reduced the influence of the church. The current European mind is no longer significantly shaped in its thinking and activities by the Christian theology, whose basic tenets have become largely irrelevant to modern Euro-life. The Pagan revivalists are seeing many similarities between their old culture and the still active Hindu Culture. Gerard says,”India is a conservatory of traditions going back into our most ancient prehistory. The Paganism of our ancestors has miraculously survived there in spite of Muslim invasions, Christian missions and all the other agents of ethnocide [the systematic destruction of a culture]. The brahmins, brothers to our Druids, have never stopped offering ritual worship as we used to do 40 centuries ago. Pilgrimage to India is basic for every European Pagan because it allows him to reconnect with the living tradition, which is moreover Indo-European”. People like him who are now keen to unearth their lost original identities are looking towards Hinduism to provide them the needed inspiration and guidance. This temple will give them the necessary impetus and inspiration in their quest to regain their identity.