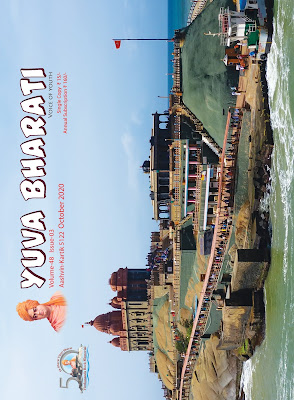 As we wait for the lockdown and its accompanying restrictions to get over another problem is creeping in. That is the depression and anxiety due to the corona and its lockdown. Many people have lost their near and dear ones, many have lost their livelihood and many others have simply lost their direction in life. A recent report said that many children are being treated for anxiety and depression now than they were earlier. This is shocking but not surprising, for as part of the lockdown, children are confined to the home with their regular schedules disrupted and no one has a clear idea as to when things will be back to normal. Some of these children may face an additional burden due to separation from their parent/s because they are quarantined, or their parent/s are quarantined. Locked at home, children may experience a range of psychological issues such as anxiety, fear, worry, depression, difficulty sleeping, and loss of appetite as well as acute stress disorder, post-traumatic stress disorder (PTSD) and grief.

Many of the children in the age group of 12 – 16 have another threat looming. Due to restrictions and fewer interactions with their friends and peer group now they are confined to their mobile phones. This poses a bigger threat as many vultures are waiting in the web world to pollute their minds. The dangers of unsupervised use of social media by youngsters is both physical as well as psychological.  Sadly, this threat is not even taken into cognizance by the society. The parents who are already perturbed have less time to focus on this more demanding issue. This leaves the children uncared, unattended, and unmonitored.

To avert the possible dangers of such confinement parents can apply the following techniques which will create a feeling of buoyancy in the minds of the youngsters who have nothing but online classes and online content. Start the day with Surya namaskar and yoga abhyas.  Not just empty mind but an idle body is also a devil’s workshop. Keeping a fitness regimen with Yoga and Pranayama will help a great deal in attaining the chitta suddhi. Since they will be having a lot of time at their disposal ask them to learn a new discipline, it can be anything like learning a new language or a new musical instrument. This way their time spent online will  become more productive. But at the same time regulate their time spent online. Most of the time it will be wiling away by way of chatting or spending time in social media. Regulate it by asking them to spend only a specific time in social media. Involve the children in the household chores. This will make them understand the toil which you are undergoing in running the family. While taking all the precautions told by the government and other reliable sources make sure that you never ever discuss the panicky messages which you receive in social media with your family.  These messages will only make worse the already gloomy mind. Positive inputs and positive habits are needed more than ever now. Make reading Bhagavad Gita with its meaning, a regular habit for the entire family.