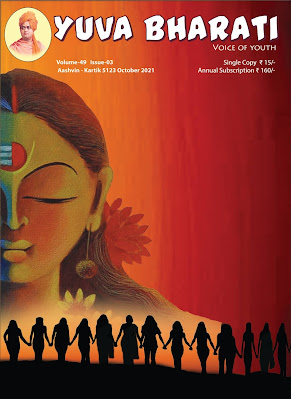 History of mankind is full of stories of conquest, acquisition, valorous incidents and subjugation of the vanquished. The one common thing which will find place in all stories is the way women were treated, both by the victors and by the vanquished. Women are subjected to servitude throughout the history. Even in places where religious persecution took place while the men were either converted or killed, the women were taken into the custody of the oppressors. The plight of such women taken into custody by the fundamentalist is something which cannot find a place in any civilized society. They were looked upon as an object of exploitation and were subjected to physical and sexual harassment by the oppressors. The modern society also spins a similar web around the world of women making them an object of enjoyment for men. This is being done so cleverly under the garb of liberalism and freedom, that many women are falling prey to this without knowing that they are the victims.

Lust and Greed have become the two main reasons for all sort of cultural and moral degradation throughout the world.  Going by this backdrop of history, it will be surprising for us to know that there is an exception to all these stated above. There is one society which viewed women as a divine being. It understood the greatness of women, that all important and indispensable things are viewed as feminine in nature. This is because of the fact they sustain us without expecting anything in return. The rivers, our nation, the nature itself are all viewed as both feminine and divine in our culture. The only way the vagaries of Lust and Greed can be tackled is by training our mind to view all women as our mother and show the same kind of care and affection to them. Swami Vivekananda had insisted on this.

“The ideal woman in India is the Mother, the Mother first, and the Mother last. The word Woman calls up to the mind of the Hindu, Motherhood; and God is called Mother… Is woman a name to be coupled with the physical body only? Ay! The Hindu mind fears all those ideals which say that the flesh must cling unto the flesh. No,no! Woman! Thou shalt not be coupled with anything connected with the flesh. The name has been called Holy once and forever, for what name is there which no lust can ever approach, no carnality ever come near, than the one-word Mother? That is the Ideal in India”. (CWSV, Vol.8, p.58). The worshipping of Mother Goddess is found in many ancient Pagan Civilisations. But it holds a unique and predominant position in the Hindu way of Life. Everything auspicious and valuable is associated with a Mother God. Wealth, Wisdom and Valor, three things which are indispensable to Human Society are expressed as the gift which we get by worshipping Lakshmi, Saraswati and Durga Devis respectively. The intrinsic value of a woman, blossoms into its fullness when she attains the Motherhood. Motherhood is a mental state. It is a mindset which fosters, cares and showers Love and Compassion without expecting anything in return. Mother’s Love is Universal. It is one emotion which is expressed by all living beings. But a Human being is alone capable of showing that love to everyone irrespective of whether they are her children or not. This Motherhood is an expression of Divinity. But there were a lot of undesirable changes which happened in our society due to the influence of the Invasion by outsiders. Due to these changes the position of women deteriorated. The invading cultures thrust their ugly suppressing methods due to which our society felt that the foremost duty of it is to protect its women.

The Navaratri and Diwali Festivals are all about celebrating these expressions of motherhood. They are celebrated with such splendor and enthusiasm that the same forces which were the cause of the deterioration of the plight of our women, are envious of this atmosphere and are trying to undermine the spirit behind such festivities. We should remind ourselves that the spirit with which these festivities ought to be celebrated are to be kept intact.