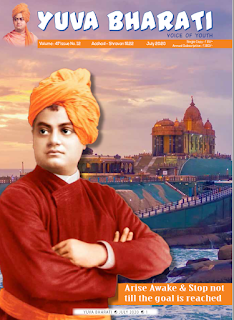 Yoga, the way out…

The priorities of a society changes through different periods. The matrimonialcolumns in the newspapers act as mirror to show us what the society of that period aspired for. During the 60s ,70s and well into the 80s, the sole aim was to get into a bank or a public sector undertaking. During the 90s and afterwards, due to the IT revolution, people started shunning the aspirations of government jobs and were looking for greener pastures outside the country. With Wealth taking the predominance in their choice health has always been neglected by our people. People have always thought that they can take care of their health once they are financially settled in their life. This normally ends up in postponing their Health options indefinitely. Looking after ourselves inside and out is a fundamental part of living a happy, fulfilled life. Without good health it may be very difficult to do all the things one wants to do and to enjoy life to the fullest. No matter how rich you are, if you are sick, your money cannot give you a good sense of life. But many of us are neglecting our own wellbeing. Quite contrary to this new age life style, our tradition has always given much importance to the Physical as well as Mental Health. Shariramadyam khalu dharmasadhanam, this body is surely the foremost instrument of doing good deeds said Kalidasa in his renowned work kumarasambhavam [5.33].
You may very well remember that the present Indian Government’s endeavor to popularize Yoga, is also a step towards achieving this goal of keeping our Body and Mind Healthy. Nature has time and again reminded Humanity about the priorities in Life. This time in the form of the Pandemic COVID 19, it has once again reset the priorities of people. Man is left with Saucha, external cleanliness and Yoga, self disciplining our Body and Mind, being the only tools with which he can protect himself. It’s time for us to take up Yoga Asanas and Pranayama as a regular and serious activity in our life. June 21st, the International day of Yoga, is more pertinent this year to the Humanity than it was in the previous years. It is a reminder to go back to our roots.
V.V. Balasubramanian
YB - ET 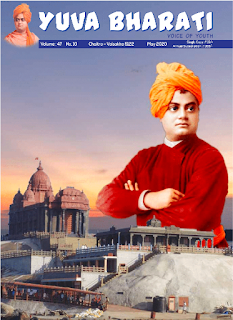 On 16th of April Two Juna Akhara Sadhus Chikne Maharaj Kalpavrukshagiri (70 years old) and Sushilgiri Maharaj (35 years old) along with their 30-year-old driver Nilesh Telgade were Lynched to death by a frenzied mob at Palghar District, Maharashtra. This incident was not immediately reported by the Main stream media. But when they were constrained to report because of the Video of lynching which spread virally through Social media, they did report after a couple of days.

The pre meditated attack was reported as an attack which happened because of mistaken identity. The main stream media is hoping that the short term memory of the Public coupled with its ‘Ostrich Syndrome’, will make this issue go into oblivion as soon as possible. This living in denial is what has made the life easy not just for the enemies of our state but also the media crooks who back them in all possible ways.

The way this outrageous act has been reported by main stream media goes to prove that they are the benumbing agents for these attackers. If we believe the version of the media and believe that the lynching is a case of mistaken identity by the villagers, then we are the very embodiment of this ‘Ostrich syndrome’.

There is an unholy nexus between the Church and the naxal outfits, which targets the sadhus who work among the Tribals, to improve their social conditions. If we remember the gruesome killing of Swami lakshmananda Saraswati a few years ago, then we can see how this nexus works. During lockdown, how such a huge number of people assembled there, is a question which begs an answer. For the average Hindu this is just another news of violence. Every time when such a violence is reported we tend to think it is something happening in a faraway place and we are in no way impacted by this. Many among us are beset with this ‘Ostrich Syndrome’, which is nothing but trying to live in an imaginary world,not bothering to know about the imminent threats to our existence. Hindus will be shocked to know that most off the one off incidents are actually orchestrated attacks.

It’s time for Hindus to wake up from this slumber and get our acts right. Putting a sad emoji or forwarding the news to others, alone will not suffice. We have to get organized. We have to make the dormant majority aware of this existential threat. We are in the midst of a civilisational war. A war between the exclusive fundamentalist religious ideologies and the inclusive Dharmic Ideology. A war which started several centuries ago. A war which we believe will not happen. A war in which we are yet to equip ourselves. A war which will define the destiny of the mankind.

Building trust and harmony through Diyas 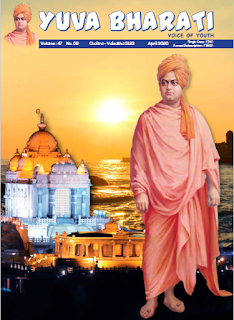 Human being is a social animal. Social behavior is dependent on trust. Trust is built by arriving at common values and mutually accepting to adhere to them voluntarily.

There are two dimensions in this:
1. Human mind seeks regular reassurance that the trusted societies continue to remain social by examining and maintaining the trust already developed.
2. Solitude is di!erent from isolation. Solitude is what the yogis seek to remain una!ected by external social disturbances. The deeper a Yogi goes into solitude, the more ful"lled he becomes. But isolation is just the opposite. For normal humans, the deeper one goes into isolation from the adapted social groups, the more one develops negative emotions such as anger, frustration, loss of trust etc.

Based on the above factors, if a social reassurance is not provided at regular intervals, the individuals will tend to break the trust and thereby #out the agreed social norms.

Even in residential camps organized by scouts, NSS, RSS, Vivekananda Kendra or any other organization, mid-way through the camp, it is usual to go out for a "eld trip to reinvigorate the mind.

In this context, if a reassurance that we are not alone is not given to people sitting at homes, there is high possibility that the frustrated ones will start coming out of isolation, social distancing and defeat the purpose.

YB whole heartedly supports the lighting of lamps exercise. Being a PM is not just about providing "nancial packages. This is master social engineering. 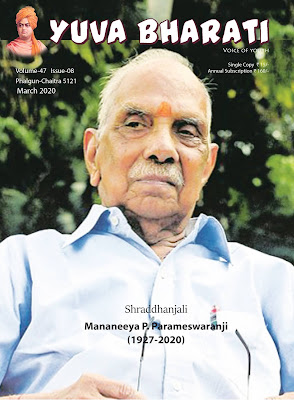 Kerala, Gods own land, has produced great many spiritual luminaries who lived like Maharishis of our yore.  Kerala, has given birth to such great people like Adi Sankaracharya, Sree Chattambi Swami, Sri Narayana Gurudev, Swami Ranganathanandaji, Swami Chinmayanandaji, Sri Ayyankali and many great spiritual and religious luminaries and social reformers.  They have all contributed for the spiritual, religious and social growth of the Hindus of Kerala.  Whatever good you find today in this God’s own country, they are all because of the sustained contribution made by those great eminent personalities, who though gave up their lives, but their Atma still guiding and inspiring millions of people not only in Kerala but also in other parts of the world.
Late P. Parameswaran, who was the President of Kendra from 1995 till his last breath, was a person who rank amongst those whose names were mentioned above.  He was a multi-splendored personality; a great scholar, and thinker, an ideologue, poet, writer, organiser par excellence, orator, selfless worker, guide and philosopher for many, all rolled in one body, mind and intellect complex.

A humanist of high purity, selflessness, patriot of highest order, who created around him, a grand group of co-workers to serve selflessly the mother Bharat and its children.

Parameswaranji was a great institution builder to propagate the Sanatana Dharmic values.  He served as the Director of Deen Dayal Research Institute, Delhi.  He created Bharateeya Vichara Kendra in Kerala and guided the workers as its Director.

He became the Vice-President of Vivekananda Kendra in 1984.  He was elected as the President of Kendra in the year 1995.  He continued to head Kendra till his last breath.  Kendra Jeevan Vratis benefited from his immaculate and purity personified life.  He was an authority on the Life and message of Sri Ramakrishna, Sarada Maa and Swami Vivekananda.  His lectures and writings always motivated Kendra workers in disseminating Swami Vivekananda’s message of Man making and Nation building.

Though, Parameswaranji is not with us physically, his Soul will be the guiding star for all the Kendra workers who came in contact with him.

In one line I describe Sri Parameswaranji like this:

He is Parameswara in whom vested undescribable Glory, God ordained capability to achieve Excellence, a personality uncomparable with anything existing and an Ajatha Shatru for ever.