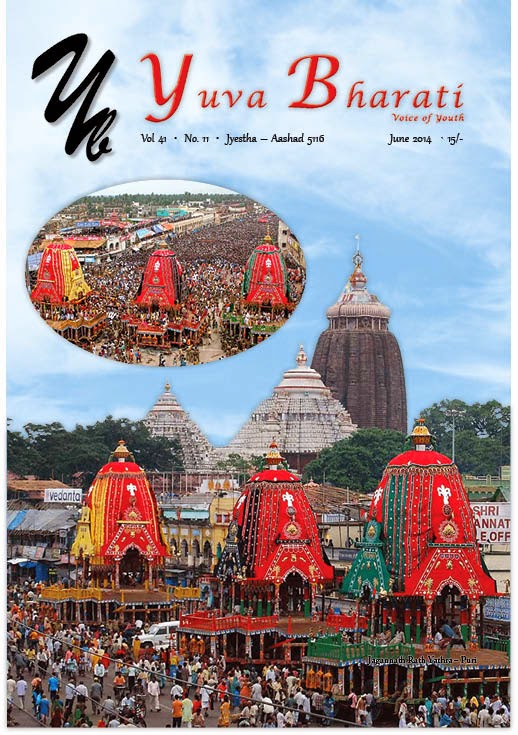 Recently Sahitya Academy award winning novelist Joe D Cruz announced in facebook his support to a Prime Ministerial candidate of a political party. This led to a huge outcry. A publishing firm which markets itself as the publishing house for the downtrodden and marginalized, had taken up the translation of his novel, declared that it had decided to kill the book even before publishing. Condemnations came from the usual leftwing brigade – attacking the writer as fascist. Ironically earlier many of the leading leftwing eminences have signed a declaration forcefully asking people not to vote for the very same candidate Joe D Cruz had endorsed.

The incident had brought out a veritable can of worms. One of the members of the Sahitya Academy award selection committee admitted that after awarding Joe the national literary prize, when she came to know that Joe had leanings towards 'Hindutva' ideology, she in a typical inquisitor manner profiled him for his political beliefs. Other 'eminent intellectuals' were less charitable. They attacked him and abused him saying that he had sold himself to 'fascist forces'.  How a literary person can take a political stand other than the official leftwing stand, they ask. Making themselves laughable caricature of Stalinist commissars, they try to intimidate any lone brave voice that defies their dictates.

Joe D Cruz had answered each of these answers elaborately. It is important that every patriotic Indian understand the importance of his answer to these charges from the leftwing charlatans. First, he says that he is not only a novelist, but also the soul voice of a marginalized community. He had repeatedly pointed out that the coastal communities throughout India form an organic whole and they have strong cultural relations not only among themselves but also with the inland water body communities. Thus these communities have contributed to both Indian culture and spirituality in an immense way which has not been properly recorded by both British and modern Indian historians. The coastal communities have a great stake in a united India.
There are forces which work overnight to weaken, hide and sever these connections not without significant success, which is dangerous to the well being of the entire nation. Hence, a voice that asserts these priceless relations and the contributions of the coastal communities in the formation and evolution of Indian culture is a must. Those who are aiming to create conflicts rather than harmony and those who have vested interest in conflicts rather than unity, try to suppress that voice.  There has been only one platform which has recognized the importance of this voice, the writer from the coastal community contends.

Secondly Joe D Cruz points out that it is no secret that China, Sri Lanka and Pakistan have been busy creating a naval barricade around India in Indian Ocean. Indian navy which once had supremacy in these waters has been highly controlled in its movements today. This is a dangerous situation. There is a constant violation of the human rights of Indian fishermen at these waters by the navies of these countries. While China has not yet attacked explicitly, it had boosted the aggressiveness of both Sri Lanka and Pakistan. More than 800 Indian fishermen have been killed by Sri Lankan navy in the last few years. Nehruvian policy makers sitting in the air-conditioned rooms of Delhi who share both chicken and a callous indifference to the loss of human lives with the aggressors have pitifully let down our fishermen. When a fisherman dies shot dead by an alien army, India looses a citizen who has a vast and intimate knowledge of the water frontier of India. Joe states emotionally when at last the China-Sri Lanka-Pakistan axis decides to attack India it will be the Indian fisherman from Rameshwaram who would face the first bullet in his chest. Our fishermen are the unpaid yet traditional coast guards of Mother India. So he wants a strong central government that can raise its voice against the brutal sustained inhuman killing of our fishermen. There is only one leader who has spoken explicitly for the plight of Indian fishermen drawing attention to the crimes Sri Lanka and Pakistan are committing against our fishermen, Joe D Cruz points out.

Thirdly, there is a disconnecting void between the growing technological needs as well as the infrastructural needs of the coastal community and the policy making as well as R & D. Starting from the use of satellite technology to identify the fish movements to the storage facility, to the prevention of sea erosion in the coastal villages to good roads connecting the coastal villages and the inland trade centers to effective sustainable practices for maintaining the fishing population – this is a vast area which has been left uncared for decades by policy makers except very occasional actions. Once again there is only one voice in the entire political spectrum that is speaking about these issues. When Swami Vivekananda spoke of new India arising from the humble huts of the hard working Indian population he spoke of the huts of fishermen and iron smiths and also small sideway  food vendors, he meant that the new India that arises should feel for the pain and striving of the marginalized and the downtrodden. Amidst rampant corruption, abject anarchy and degenerate dynasty rule there is only one choice for a person who himself has come up in life from a very humble beginnings – facing all sorts of barriers and humiliations. So such a leader who has evolved from poor beginnings to a world-noticing statesman naturally appeals as the best choice says Joe D Cruz.

Finally the reactions of the elite club of leftwing AC-room based seminar-sustained media-bred warriors of the proletariat have revealed their own real Stalinist fangs beneath their liberal masks. In facebook a fellow fisherman community leader reacted in an emotionally surcharged way to the statement of Joe D Cruz that captures the essence of it all: 'Coastal folks! Rejoice that time has dawned to reclaim our heritage whose roots go back to Bharatha himself … and it has been declared through the voice of Joe D Cruz… Celebrate boys and break a coconut for Mother Kanyakumari!'

The morning Joe D Cruz decided to write on his facebook wall he feels he was but an instrument of a higher calling. It was the voice of Mother Kumari – the embodiment of Divine Feminine-long suppressed by alien power structures and vested political interests, which manifested in that facebook status. Now it is the duty of every patriotic Indian to heed to that voice and beyond electoral politics, build cultural, socio-economic and spiritual bridges with the long neglected coastal communities all over India.