Bhagavad Gita- to revitalize ourselves. 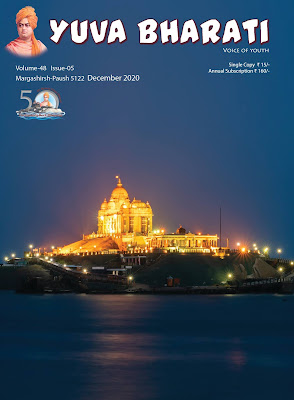 The main aim of mankind in all its endeavor is progress. Evolution is also a result of our attempt in making progress. But time and again humanity suffers a lot of digression in its path due to various reasons. Recent pandemic is one such reason which has put the entire mankind on back foot. It has taken a heavy toll on all the nations and the time to recover from this is something which no one can predict. Apart from the schemes aimed at political and economic revival of Nations there is a lot need to be done to take care of the Individual too. The battered psyche of the Individual needs some solace to recover. It has to get back its lost courage. Each and every nation has its own cultural genius to tide over such turbulences. The best among that is our Bhagavad Gita. It is the best possible choice with which we can rediscover our mental poise and courage.

A nation can become strong only if its citizens are strong, happy, healthy, self-sacrificing, and courageous. If they are unhealthy, corrupt, selfish and immoral then the nation can seldom travel on the path of prosperity. Swami Chinmayananda says, “In Individual redemption lies National Redemption and progress”.   Bhagavad Gita teaches us not only about the path of liberation but also the ways to get over our anxiety and fear. Fear is a most dominant emotion and tackling it is a very important aspect in our life. The way we tackle it and overcome it defines the quality of our life. Many time we are hesitant to face this and confine ourselves into our cocoon thinking that as our comfort zone. Our doubts, our dilemmas, our hesitations, our lack of initiative are all various forms of fear only. Bhagavad Gita goes to the root of the problem and addresses it. It makes a person to have a proper perspective of his/her self. With this understanding comes a great realization and with that comes peace and equanimity to the mind. Arjuna was a personification of fear and it was the reason for his confusion.  Sri Krishna through Bhagavad Gita, gave him the much wanted realization and thus energized him to face the battle against the greatest of warriors. The same Bhagavad Gita has energized our society time and again whenever there was a slump in its fortitude. The recent woes can also be addressed by going back to the same eternal source of courage and wisdom. Gita Jayanti falls on December 25th and let us all restart our swadyaya with our study of Bhagavad Gita.