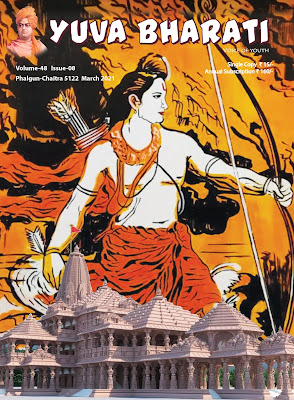 The chaos witnessed during the Republic day in our Capital were unprecedented. To our shock and dismay we saw our national flag being disrespected and brought down. This unpardonable crime has some back ground instigators and plotters who are all lined up before the law now. The act by one Disha Ravi is being probed by the police and the very same probe is being questioned by the liberals as an act which undermines the freedom of expression. But does it fall under the ambit of freedom of expression? Can we really afford to brush aside such seditious acts under the garb of freedom of expression? Supporting the farmer’s agitation is one, but aligning with known Khalistani separatists is another one.  It is an act which undermines our sovereignty. An act which lowered the dignity of our national Flag, that too on the occasion of our Republic day, cannot be pardoned so easily. It cannot be construed as an innocent act which exceeded its limit.  She has worked in tandem with a Canada based organization which aims at breaking India and spread riots on the republic day just to defame our elected Government and bring it down as a result.

Citing her age is not justified as even juveniles can be tried under adult laws considering severity of the offences they commit. And she is not that young to take shelter under that argument either. When a girl is trapped in Love jihad, the liberals who give vocal support to the Jamats say that the girl is an adult and she is capable of making her own decisions. But when it comes to such seditious acts they take refuge under the argument that she is not matured enough to understand the consequences of her acts. This argument has two fallacies wrapped into one. One they accept that the act is such a grievous one, and that they accept she has committed a crime against the Nation. Second is the fact that she is not a juvenile. As an educated adult individual she knows very well the consequences of her actions. She calls herself a climate activist and such a person cannot be presumed to be an innocent one when it comes to the issue which is of grave concern as far as our National Security is concerned. Law cannot presume a person to be ignorant especially when they have committed a crime against the Nation. The question also arises that if she feels that she is not guilty then why did she erase all the chats? The toolkit which she edited and sent to others to mobilize force to fight against the country is an offence against our Nation. The breaking India forces are working in unison. Time for us to gather all the scattered energies to work for the Nation.