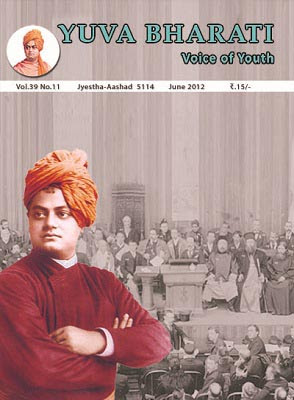 Our nation's tryst with destiny had a lot of twists and turns. What we achieved in 1947 is not just due to the passive perseverance of some individuals, as our textbooks would like us to believe, but to the sweat and bloodshed of hundreds of people. After the repression of the first war of independence, the freedom struggle was like a rudderless boat with nobody to lead and organize the nationalist forces. This was the time when Swami Vivekananda blossomed as our Nation's Guru. Knowing very well that the lack of organizing skills led to our downfall in that first attempt, Swamiji emphasized the importance of organized work to our people. Swamiji felt that our country men lack this vital skill which is essential to knit a society. His trip to America further confirmed this opinion.  A nation steeped in slumber and lethargy needed a real whip to get itself stare at the reality. And it got it through the speeches that Swamiji gave after coming back from America. Many a great men were molded after listening to the inspiring messages given by Swamiji. Men of all hues, extremists and moderates jumped in and the struggle at last started getting organized.

Swamiji prophesized that our nation will be free after fifty years and further said that freedom will not be a complete one. We now understand how true those words are. What we have now is a society fragmented in all possible lines like caste, religion, language and region. With democracy, a distant dream for many countries even today, we should have set many things right. But we became a little bit relent after the freedom, that we allowed ignoble people to run the show rather than those actually toiled for the freedom. Democracy appears to be an illusion to many, for it brings up only those who know the nuances of the game and not the deserving.  If the society is not organized on nationalistic lines then the creepers will claim that they are supporting the tree. We have caricatures fighting over a cartoon, just to shift the focus from the scam unearthed that day. But, democracy, which is just a tool, cannot be blamed. It is high time that the yet to be organized society learnt its lessons.

When he went to the famed Parliament of Religions, Swamiji gave the message of Universal Brotherhood, so unique to our nation, to the entire humanity. The message of Universal brotherhood can only save this world where the terror of religious fundamentalism looms large. That message is still relevant for the rest of the world and his message of organized work is even more relevant and direly needed for our society. Because if we are not organized, humanity will not see the light of Universal brotherhood. The Nation's guru must be heeded for Bharat to become Jagatguru.